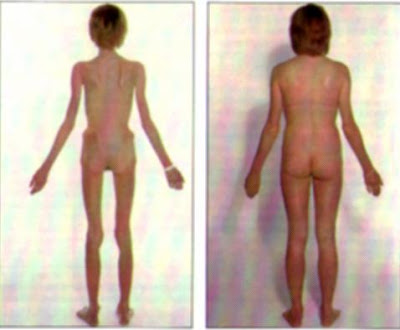 Anorexia is an eating disorder where people starve themselves. Anorexia usually begins in young people around the onset of puberty. Individuals suffering from anorexia have extreme weight loss. Weight loss is usually 15% below the person's normal body weight. People suffering from anorexia are very skinny but are convinced that they are overweight. Weight loss is obtained by many ways. Some of the common techniques used are excessive exercise, intake of laxatives and not eating.

Anorexics have an intense fear of becoming fat. Their dieting habits develop from this fear. Anorexia mainly affects adolescent girls.

People with anorexia continue to think they are overweight even after they become extremely thin, are very ill or near death. Often they will develop strange eating habits such as refusing to eat in front of other people. Sometimes the individuals will prepare big meals for others while refusing to eat any of it.

The disorder is thought to be most common among people of higher socioeconomic classes and people involved in activities where thinness is especially looked upon, such as dancing, theater, and distance running.

A personal story about struggling with anorexia.

A Family Member has an Eating Disorder

If you have a family member that with an Eating Disorder, they need a lot of support. Suggest that your family member see an eating disorder expert. Be prepared for denial, resistance, and even anger. A doctor and/or a counselor can help them battle their eating disorder.

There are many symptoms for anorexia, some individuals may not experience all of they symptoms. The symptoms include: Body weight that is inconsistent with age, build and height (usually 15% below normal weight).

Some other symptoms of anorexia are:

There are many medical risks associated with anorexia. They include: shrunken bones, mineral loss, low body temperature, irregular heartbeat, permanent failure of normal growth, development of osteoporosis and bulimia nervosa.

Continued use of laxatives is harmful to the body. It wears out the bowel muscle and causes it to decrease in function. Some laxatives contain harsh substances that may be reabsorbed into your system.

In order to have a healthy child, the average pregnant woman should gain between 25 and 35 pounds. Telling this to a person with anorexia is like telling a normal person to gain 100 pounds. If you are anorexic, you may have trouble conceiving a baby and carrying it to term. Irregular menstrual cycles and weak bones make it more difficult to conceive. If you are underweight and do not eat the proper variety of foods, you and your baby could be in danger.

Women with eating disorders have higher rates of miscarriages and your baby might be born prematurely which puts them at risk for many medical problems.

All pregnant women should receive proper prenatal care. Those recovering from anorexia or bulimia need special care. You should always take your prenatal vitamins and have regular prenatal visits. You should not exercise unless your doctor says it is okay and it is a good idea to enroll in a prenatal exercise class to be sure you are not overexerting yourself.

Anorexia in the News

Anorexia and Aging. Anorexia may be a serious disease for old men. more *

Anorexia Nervosa is more common in women than men, but people of all ages and backgrounds can suffer from the disease.

Here are some anorexia nervosa statistics from various UK organisations, which were all obtained from their corresponding websites:

Mind:
In the UK, 1 in 100 women aged between 15 and 30, suffers from anorexia. Reports show girls as young as five years of age have weight concerns, and think about going on a diet.

1-2 percent of young women are thought to be anorexic at any one time.

The Royal College of Psychiatrists:
Anorexia nervosa is most likely to strike during the mid-teenage years.

Approximately 1 percent of 16 to 18 year olds have anorexia.

About 40 percent of people with anorexia recover completely.

Around 30 percent of anorexia sufferers continue to experience the illness long-term.

On average, anorexia occurs between the ages of 16 and 17.

The highest rates of anorexia are seen in female teenagers aged between 13 and 19, with 51 per 100,000 cases being seen each year.

Around 1 percent of schoolgirls and females have anorexia.

An identical twin has a 50 percent chance of developing anorexia if their twin has it.

A history of sexual abuse is seen in 3 out of 10 people with anorexia.

Around 5 percent of cases of anorexia will be fatal.

UK Parliament - Publications:
The following table shows the number of diagnosed and admitted cases of anorexia in NHS hospitals, England, from 1996-97 onwards. Please note these figures represent individual cases and not the actual number of patients (some patients will have had more than one admission).


An expert explains anorexia nervosa, including
how to spot the symptoms and
how the eating disorder impacts on a person's life.

Anorexia real story
Katie, 21, had anorexia from the age of 14 to 19.
She shares her experiences of life with anorexia
and explains how she recovered from the eating disorder.

Information provided by "Inspiration FM Radio" are for guide purpose only, to be used as a tool for the right help, in all cases see your GP for medical advice, or
telephone NHS Direct on 0845-4647 more

Refresh your page for all the latest updates

Popular Posts in the last 7 days.

Jerry Wright. Editor of this blog 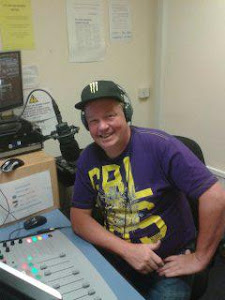 you are about to exit this blog to NHS CHOICE